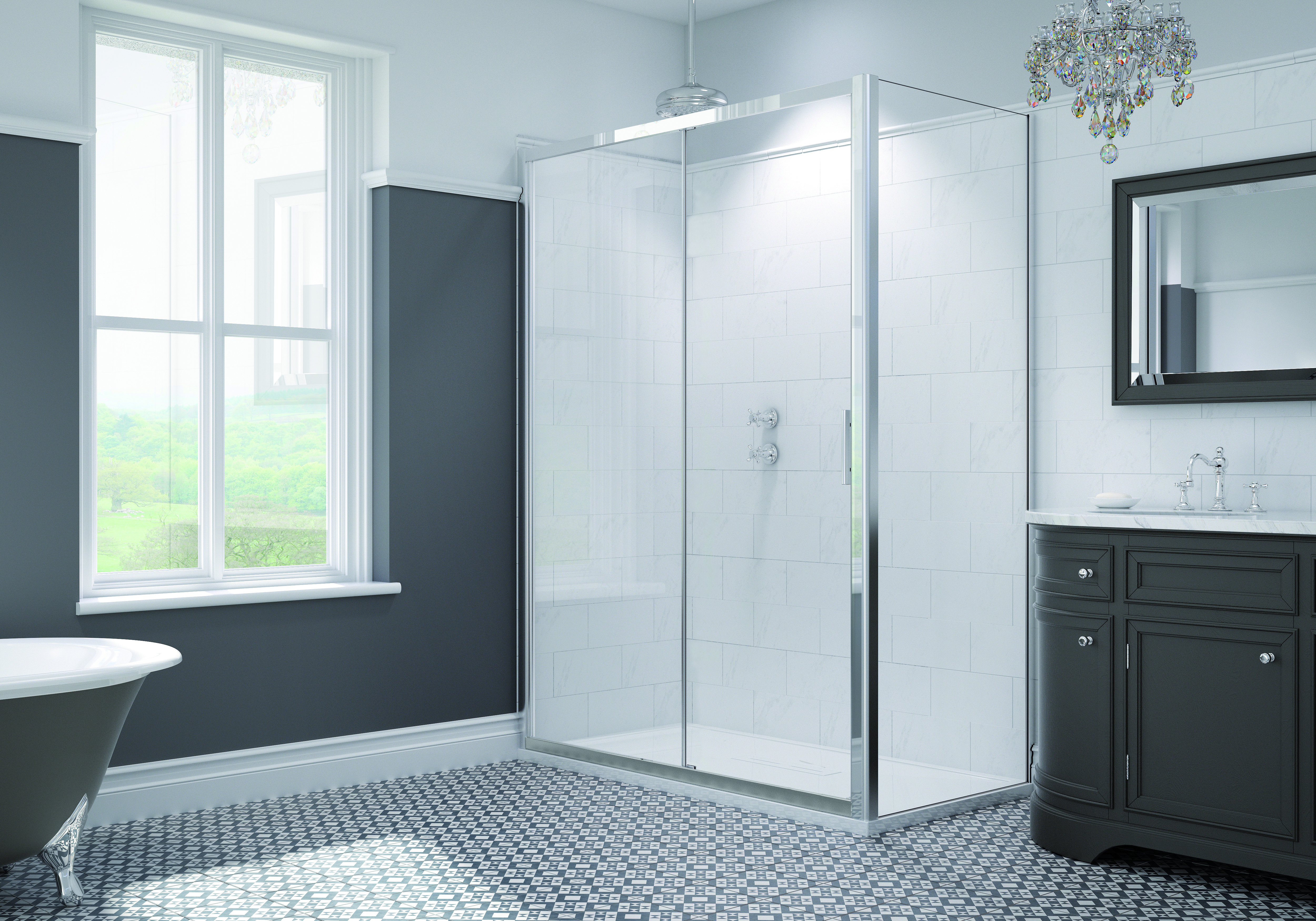 How to Clean Your Shower Tray

Share:
A shower tray is put through a great deal of daily use. So, this regularly used bathroom fixture quickly becomes grimy. When you have a stunning bathroom, the last thing you want is a grubby-looking shower tray.
Fortunately, cleaning a shower tray is an easy bathroom task. This means you can keep it in tip-top condition and as good as new.
Here, The Bathroom Showroom shows you how to clean a shower tray. With this quick method, you can be sure of a job done effectively and safely. Best of all, you don't have to spend a fortune on specialist cleaning products!

Why Do Shower Trays Get So Dirty?
Think of how often your shower gets used in just one week! So, understandably build-up is natural on the shower tray. But, the problem accumulates when dirt is allowed to build up over time.
When left, dirt sticks to the tray's surface. This means your shower tray becomes visibly stained.
When we talk about dirt here, we're not just referring to the build-up of skin particles from people. Another big problem is the number of products used in this area of the bathroom.
From shower gel to shampoo and soap, we may think we wash them away as we shower. But, much of the deposits of such products build up. Then, when you add them to skin particles, the result is soap scum that sits in a layer on the shower tray.
How Often Should You Clean Your Shower Tray?
Many people often wait until their shower tray starts to show visible signs of dirt. But, it's best practice to act before this. This is because when you allow scum to build up over a longer time, it becomes harder to break down.
By cleaning your shower tray once a week, you’ll only need to spend around five to ten minutes on this task. Also, you’ll be able to promote a cleaner-looking shower area that continues to look fabulous, daily.
How to Clean The Scum From Your Shower Tray With Ease
The great news is that the ingredients needed for cleaning are most likely already in your kitchen cupboards! Many of us are led to believe that only costly chemicals will do this task. Yet thoroughly cleaning a shower tray is actually inexpensive.
In fact, natural and home-made solutions are highly recommended for use here. Such products are more gentle to both your home and the wider environment. Natural cleaning products will also help preserve the life of bathroom suites for longer.
What You’ll Need:

Method:
This cleaning process can be performed as regularly as once a week or monthly. Simply adjust the amount of baking soda and white vinegar as necessary to suit.
So, if your shower tray isn't too dirty, reduce these ingredients. Whereas if you’re finding the scum tougher to remove, increase these two ingredients. However, ensure your measurements for both are always equal to create the right consistency and effectiveness.
Cleaning and Caring For Your Shower Tray Is Simple
Remember never to use bleach or strong chemicals on bathroom suites. By using our helpful natural cleaning product suggestions along with a regular cleaning routine, you can keep your shower tray and indeed bathroom sparkling clean daily.
For more bathroom ideas and bathroom inspiration, take a look at our Rest and Relaxation blog section. With articles ranging from tackling limescale in the bathroom to cleaning bathroom tiles with care, we provide a wealth of guidance to help you make the most of your bathroom.