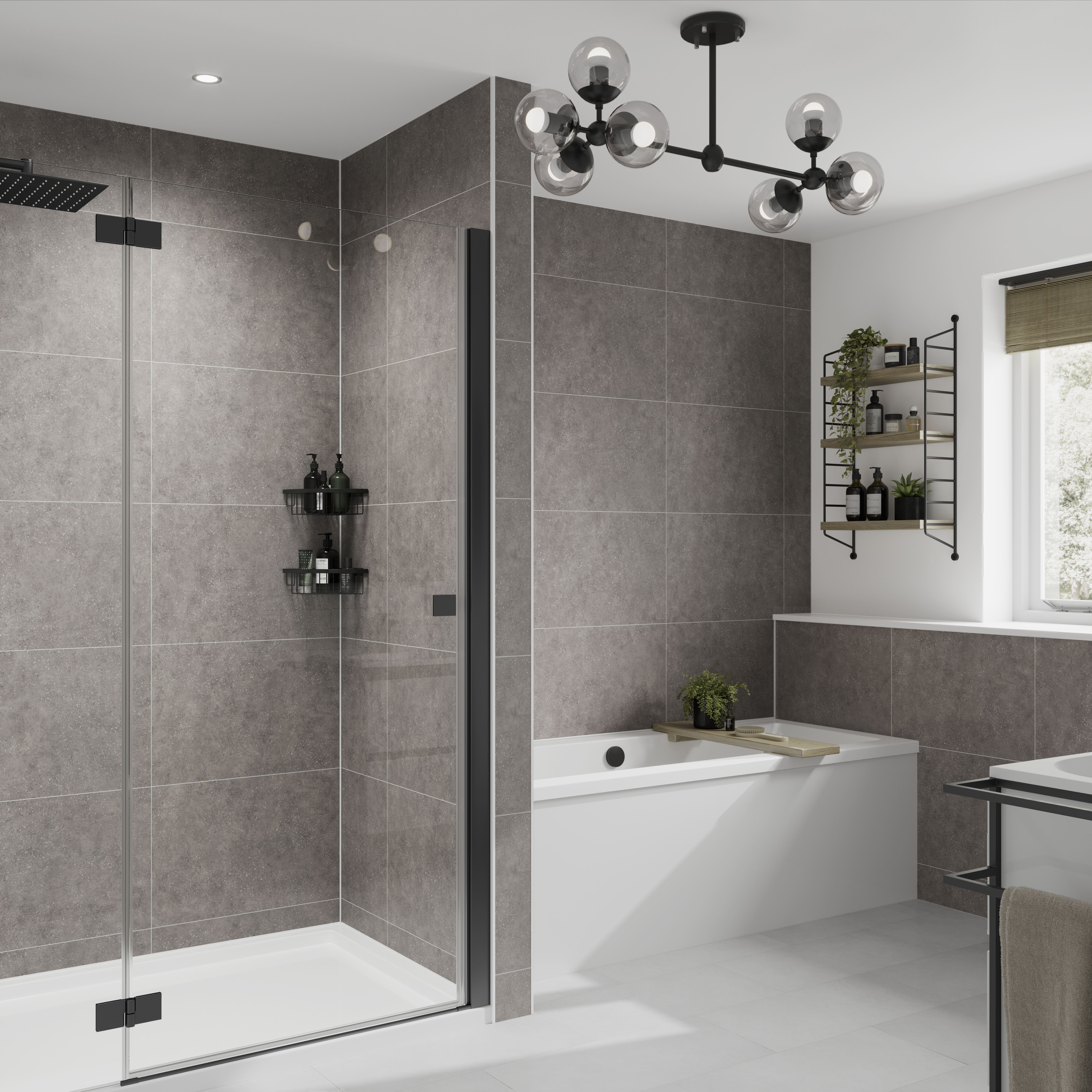 Help Your Child Make the Transition From Bath to Shower

The transition from bath to shower can bring with it many emotions when it comes to children. With no one-size-fits-all rule here, there's no set time or method it would seem for getting this tricky period right. But, understandably, there are many benefits to encouraging children to become independent in the bathroom. This should also help reduce those ever-increasing water bills while cutting the time spent on bath-night! Here, The Bathroom Showroom offers several tips and products to help your child transition from bath to shower.

The Best Time to Introduce Your Child to the Shower
Moving from the bath to the shower should ideally be attempted when your child is comfortable and confident. It's also better when they can manage their self-care for themselves.
This will all depend primarily on the individual child. But, as their parent or guardian, you’re the person best placed to know when that time is right.
You may have been thinking, should I get rid of my bath for a shower? Encouraging your child to move to the shower can help with that process. Perhaps you’ve had your eye on a new bathroom suite for some time now?  So, you may want to get your child used to the shower before you upgrade. Or you may simply think that now's the right time to introduce them to the shower for independence?
Ultimately, this should be a process that you devote time and patience to. You may find this transition takes weeks, possibly months, or you may find it takes just days. All children learn and progress at their own speed.
How Do I Transition My Child From Bath to Shower?
It's important to view your current shower set-up from your child's eyes. This will help you to understand any challenges you may face with this task. Try these following tips when you know you're going to have time to devote to them. This way, everyone remains calm, comfortable, and indeed safe.

The best way to introduce the experience of showering is gradual. This can be easily begun by the use of a hand-held shower head. An inexpensive model like those you attach to the bath taps is ideal for this task.
Start by using this at the end of your child's bath time when rinsing out their hair.
You may not be able to do this for long at first. This is because the sensation may be a little overwhelming to start with. But this is the perfect place to start and work up the time.
When your child’s comfortable, allow them to take hold of the shower head and use it unaided. If preferred, they can also try this out by kneeling over the bath a few times, to wash their own hair.
When your child's happy using the shower head on their hair, the next step should be easier!
With the shower head attached to the bath taps, let warm water run through this and into the bath. Then, encourage your child to use the shower head on their arms and legs. If they're feeling brave enough, they can even select a body wash or soap here and start washing.
A good idea here is to reduce the water you fill-up the bath with. Or, you can let the water out a little each time as your child showers. Then, your child can move to a kneeling position or even stand up in the bath when showering.
This method will promote independent washing as well as introduce your child to standing up when washing. After several years of sitting during bath times, progress here will indicate how ready they are for the real thing!

It can be frightening for small children to step into a shower enclosure. This is especially so if it's a small set-up. Shower cubicles can feel claustrophobic and overwhelming and that's before switching the water on!
First, let your child know how the door or the shower screen works. Spend a little time watching them operate this confidently. Then show them how to use the shower safely, switching it on and off with ease.
Next, get them to switch the shower on and just watch the water falling into the shower enclosure. This will show them how and where it falls and eliminate the unknown.
It's also a good idea to just let your child get into the shower enclosure when the water is off. By just standing still, they can take in the area and simply get used to the confinement.
You may want to consider leaving the shower door open for their first few attempts. This is just until your child becomes okay with closing it.
A Shower Tip:
Select a safe and intelligent modern mixer shower design, like the Grohe Euphoria Smart Control. This features a simple SmartControl push for ON-OFF. It also has a SafeStop temperature function. And, it boasts a CoolTouch function to prevent scalding on hot surfaces. It also emulates rainfall, making it the ideal choice for children that are sensitive to water.

Finally, you may find your child is struggling to make the transition. Or, perhaps you want them to be able to veer between baths and showers at their leisure. Many children still like to take a bath every so often, even when they've become used to showering regularly.
A shower bath could then be your next best choice! Combining the best of both worlds, no one needs to compromise on showering or bathing with these fabulous fixtures. Yet, they fit a bathroom design seamlessly and reduce the room required by having both shower and bath separately.
A Shower Tip:
A superb practical shower bath like the iflo Metz offers a fantastic balance of both shower and bath. With a matching bath screen available this is a convenient addition that everyone in the home can enjoy.
For more bathroom ideas and bathroom inspiration, take a look at our Rest & Relaxation and Blog. With articles ranging from how to encourage good bathroom habits in kids to tips for a stress free kid's bath time, we provide a wealth of guidance to help you make the most of your bathroom.